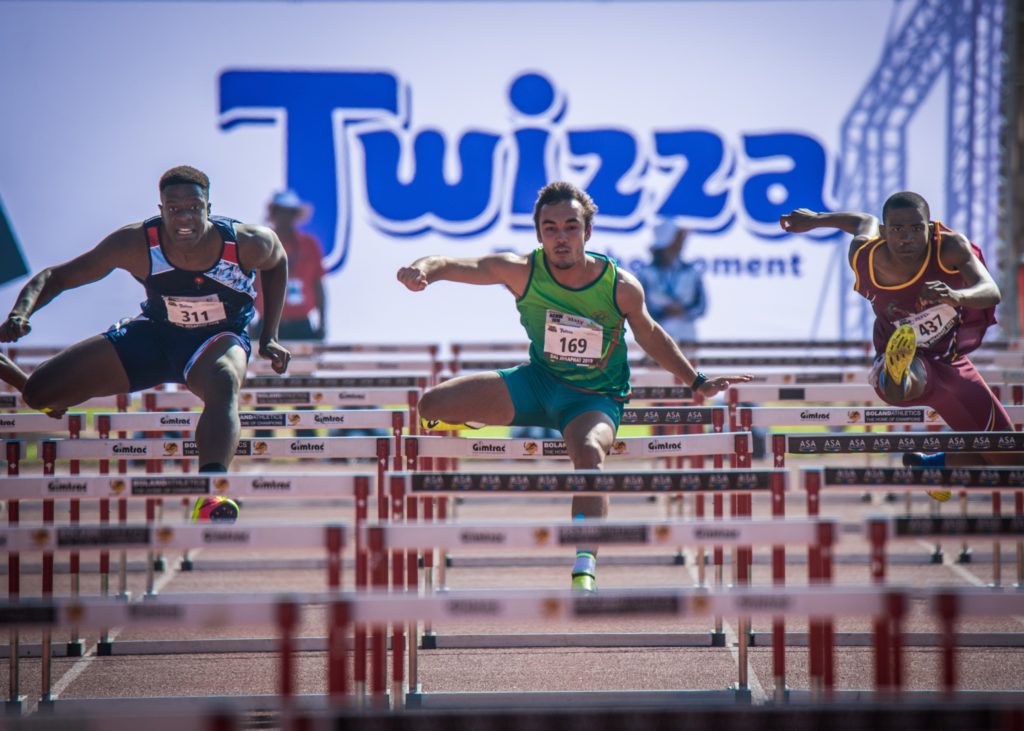 Twizza acquired its first taste of youth athletics in March this year when the much loved soft drink brand signed a three year title sponsorship deal with the Twizza ASA U18 and U20 Track & Field Championships.

“Athletics is a major sport in South African schools and boasts immense talent at both the junior and senior level,” says Ajee Valentine, Twizza National Sponsorship Manager. “The youth and junior championships was the perfect introduction to the sport of athletics. We tasted something great and we want more. We are excited to further expand our involvement with this exciting sport, at school level, by launching the Twizza Super School Series.”

“Not only will the series present future track & field stars with healthy competition, they will also be given a premium platform to represent their schools. The winning school will officially be crowned South Africa’s best athletics school and will take home the coveted Twizza ‘Taste The Moment’ Trophy and bragging rights for a year,” continues Valentine. “The Twizza Super School Series Grand Finale will boast entertainment like no other with the introduction of a live performing arts element from the qualifying schools. The series provides us with an excellent platform to support a sport that we believe in, while creating awareness of the Twizza brand amongst schools, scholars and parents. We want consumers including athletes and supporters to experience Twizza’s great taste and quality. #TasteTheMoment with Twizza.”

“We are excited to team up with Twizza to host the Twizza Super School Series,” says Michael Meyer, Managing Director Stillwater Sports. “Not only will the series provide athletes with the opportunity to perform at a higher level, but it will also expose the next generation of athletes to the mechanics of a major series from call rooms to heats and finals; not to mention the aspect of travel. We are proud to partner with Twizza, a proudly South African brand whose passion is infectious, and to host a high octane schools track & field series that will keep spectators on the edge of their seats.”

There can be only ONE WINNER! This school will take home the BIGGEST CUP in SA SCHOOL SPORT and bragging rights for one year!

EXCITING NEWS: Adding to the excitement, the Twizza Super School Athletics Series Grand Finale will boast an energetic cultural element with live performances from performing arts groups that stem from the Top 40 qualifying schools. In addition to performing for a large audience, the groups and schools can look forward to taking home exciting prizes compliments of Twizza.

A proudly South African carbonated soft drink, Twizza was created in 2003. We pride ourselves on providing the consumer with an authentic taste experience that rivals the global brands