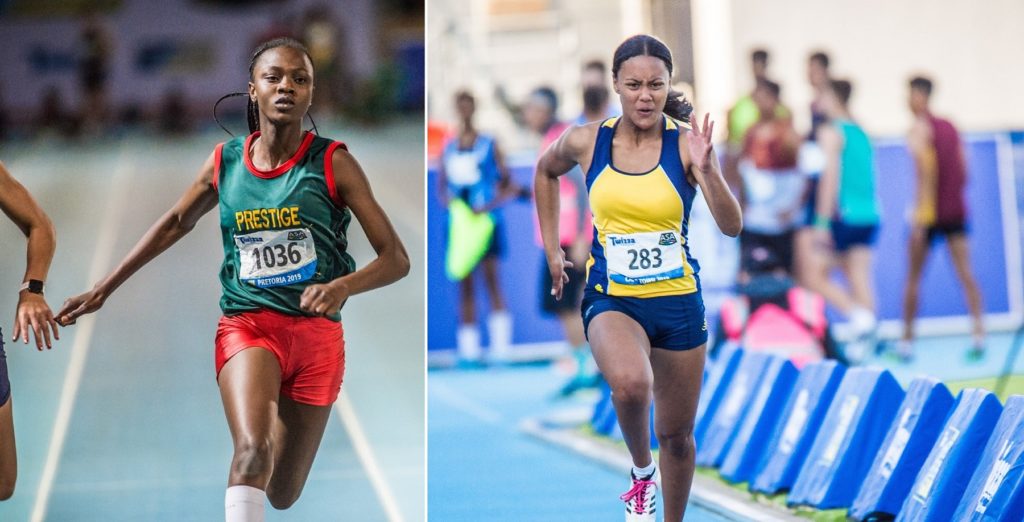 Taking place at the Bestmed TuksAthletics Stadium at the University of Pretoria on Saturday 01 February 2020, the Twizza Super School Series Grand Finale has elicited a very exciting battle between athletics giants from the North versus those in the South.

“The clock has been counting down quicker than we expected since the finalists were announced last year. It is without doubt that this series will have a great impact on the development of youth and junior athletes in the country. School is a beginning of careers which can be likened to a workshop that shapes dreams,” said Aleck Skhosana, the President of Athletics South Africa.

In the Girls Schools competition all eyes will be on Afrikaanse Hoër Meisieskool and Menlopark. However, La Rochelle Girl’s High School and Paarl Girls High School should not be underestimated while Prestige College and Helpmekaar Kollege have also proven to be worthy opponents.

Joané Gerber, a long jump/100m athlete from Afrikaanse Hoër Meisieskool Pretoria, is excited to represent her school at the Twizza Super School Series Grand Finale.  “There has always been a friendly rivalry between schools in South Africa, but until now North/South competitions were few.  Not only does the Series grant bragging rights, but it is also a great opportunity for athletes to show off their talent while gaging where they are against some of SA’s best athletes.”

According to Maritza Coetzee, Director of Athletics at Afrikaanse Hoër Meisieskool Pretoria, it’s an honor to qualify and compete against top schools at the finale.  “The series is a great platform for athletes that are still at school, to show what they have got, while competing against the best athletes in the country.  Our goal is to be at our best on the day and give it our all.”

“It’s a privilege to take part in this national competition,” says Nico Erasmus, Deputy Headmaster at Menlo Park High School.  “The Series is a great idea.  It gives much needed exposure to athletes.  Participating nationally for your school can only have a positive effect on young athletes.”

According to Marianna Schoeman, Athletics Co-Ordinator at La Rochelle Girls’ High School, the Series is a great opportunity to set the base for the upcoming season.  “Our athletes can improve their performances, while they ‘taste the moment’ of good competition.  We are very excited to go to the inaugural Grand Finale where athletics will be taken to the next level.”

“We cannot wait to crown South Africa’s best athletics school,” says Lance Coertzen, Twizza Group Marketing Manager.  “The series has provided us with an excellent platform to support a sport that we believe in, while creating awareness of the Twizza brand amongst schools, scholars and parents.  We invite athletes and supporters to enjoy track and field at its best, while enjoying Twizza’s great taste and quality.  We look forward to the special moments that will be experienced at the Grand Finale.  #TasteTheMoment with Twizza.”

EXCITING NEWS: Adding to the excitement, the Twizza Super School Series Grand Finale will boast an energetic cultural element with live performances from performing arts groups that stem from the top qualifying schools.  In addition to performing for a large audience, the groups and schools can look forward to taking home exciting prizes compliments of Twizza.